As a write this, the coronavirus pandemic has reached critical mass. It is now the most widely reported event in human history having just past the previous world record holder, Megxit.

In fact we are now so consumed by all things rona that most people would be likely to say Meghan who ?

So its up to Capricorn Research to remind us all of what a phenomenon that was. And it’s only fair to use appropriate language to do so. 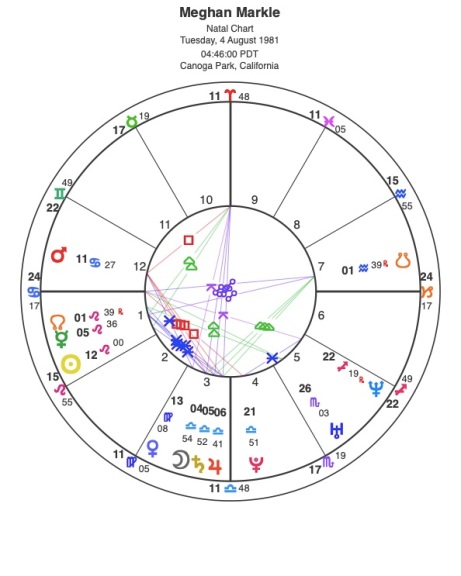 There was once a pretty young girl ( Moon in Libra ) who thought she deserved to be a princess ( Sun in Leo ).

But she lived in a silly country that didn’t have kings and queens and princesses ( Moon conjunct Saturn conjunct 4th house cusp ).

They only had movie stars ( Moon conjunct Jupiter in Libra ), so she decided to become one of those.

Then one day a prince came along.

The prince had a photographic memory ( Mercury in Virgo ) but he was also a liar ( Mercury square Neptune ).

He wasn’t a prince at all. In fact he wasn’t even a proper lawyer ( Venus conjunct Saturn in Libra ).

So the girl had to wait until a proper prince from a normal country came along. 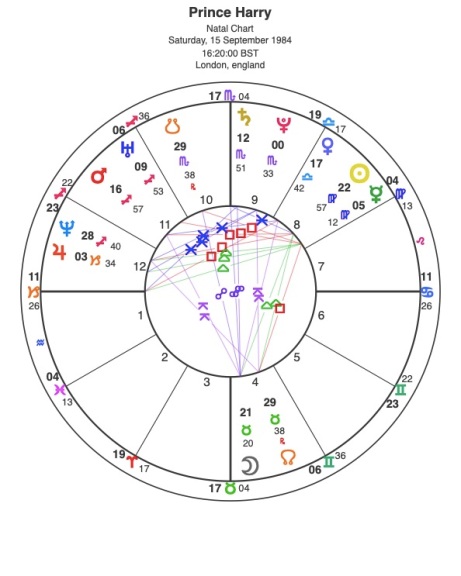 She fell in love with him too ( her Venus conjunct his Sun ), although perhaps not quite as much as the first one ( wide conjunction ).

But at the time she was under a spell which made her believe that marrying a prince would be the answer to all her dreams ( transit Neptune opposite her Venus – 2018 ).

She married the prince and had to move to his country ( his Venus conjunct her 4th house Pluto ). 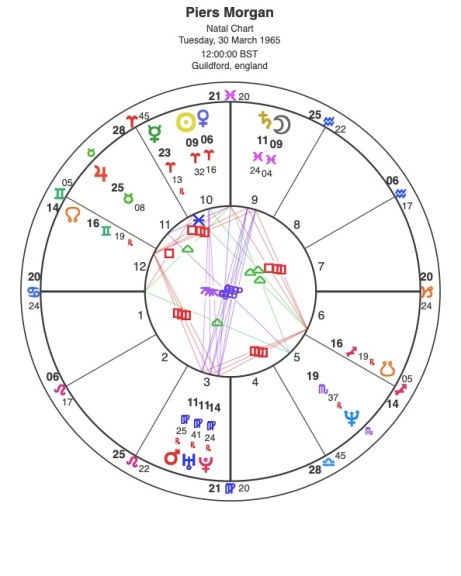 One man in particular didn’t like her ( his Sun opposite her Moon ).

Although he might have secretly been in love with her. He certainly wanted to do things to her ( his Mars conjunct her Venus ).

The princess didn’t invite either of these two to her wedding ( her Moon in Libra opposite Piers Sun and square to Thomas Moon ).

So they both told everyone to hate her ( all three of them had Moon conjunct Saturn ).

The people were happy to listen to them because she was from a silly country and looked different from them ( her 4th house Pluto square Cancer Ascendant ).

It also turned out that her new prince wasn’t actually a prince at all ( his Moon opposite Prince Charles’ Sun and his Sun conjunct James Hewitt’s Moon ).

So the girl had to give up her dream of being married to a prince ( transit Saturn and Pluto conjunct her 7th house – early 2020 ) and went back to the silly country to be a movie star again.

And they all lived happily ever after.

Or at least they would have done, but the silly country was ruled by a mad orange ogre and they all died of a virus because they had no sensible health service.